At the crossroads of the Saint-Martin Canal, the Canal de l’Ourcq and the Canal Saint-Denis, the Bassin de la Villette is the location of the Marin D’Eau Douce base and the starting point of all your trips. 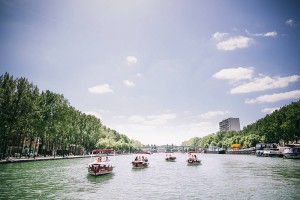 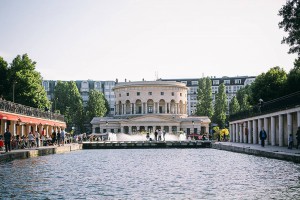 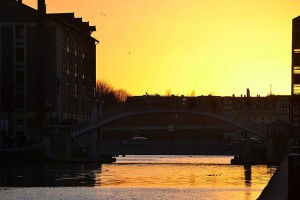 You can also take this trip with friends and enjoy a relaxing time.

For the record, the Bassin de la Villette is the largest artificial lake in Paris. It was opened on 2 December 1808. It is 800 metres long and 70 metres wide. It begins with the Pont de Crimée, the last hydraulic lift bridge in Paris, and ends with the Place de Stalingrad where La Rotonde Ledoux de la Villette is located.

The bassin is also home to a MK2 cinema complex whose originality, in addition to its presence in converted warehouses constructed from metal beams from the 1878 Exposition Universelle, is provided by an electric boat shuttle service connecting the cinemas on either shore.

Our base offering electric boats (no licence required) is located in the Bassin de la Villette in front of 37 quai de Seine, between the MK2 cinemas and the Passerelle de Flandre. 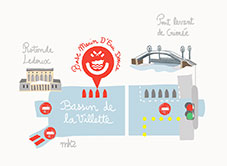