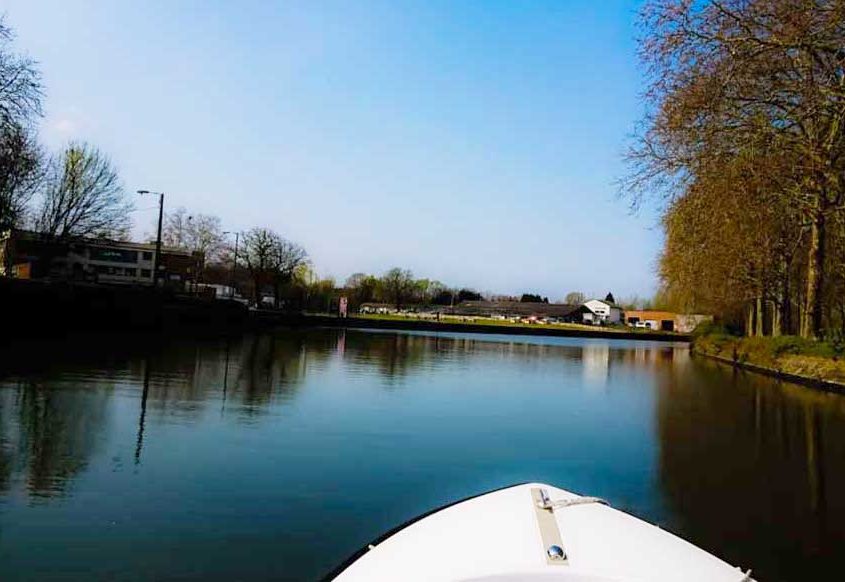 Marin d’Eau Douce offers you the opportunity to discover the Deûle and its surroundings in a totally new way on board our electric boats and licence free.

Taking its source in Carency, the Deûle crosses the entire Hauts-de-France region, passing through Lille and Lens in particular. It is a very calm, peaceful river with an almost non-existent current. Sailing with our electric and licence-free boats will be hassle-free and in a simple and fun way!

Also known as Souchez when it is in its natural state upstream, the river is formed by the combination of two streams, the Carency and the Saint-Nazaire. It irrigates the cities of Lens, Lievin and their surroundings.

The construction of the Deûle canal, equivalent to the canalized Deûle, began in 1631 and was redesigned by Vauban and put into service in 1693. It was modernized in the 1880s and, with the exception of the Seclin and Lille branch lines, it was extended in 1954.

When the Deûle arrives in Lille, it is divided into two arms, the Canteleu arm and the Barre arm surrounding the Citadel park, then briefly reformed before surrounding “l’ile du Bois Blanc” once again before continuing its journey before flowing into the Lys River.

If you want a boat licence free and electric in Lille, you will love the charm of the Deûle, its peaceful and accessible side. In addition, the Deûle is still very steeped in history through the Citadelle Vauban, its proximity to the old town of Lille, the commercial port and now new places of the 21st century such as the zoo, the Cita Parc amusement park and trendy restaurants!